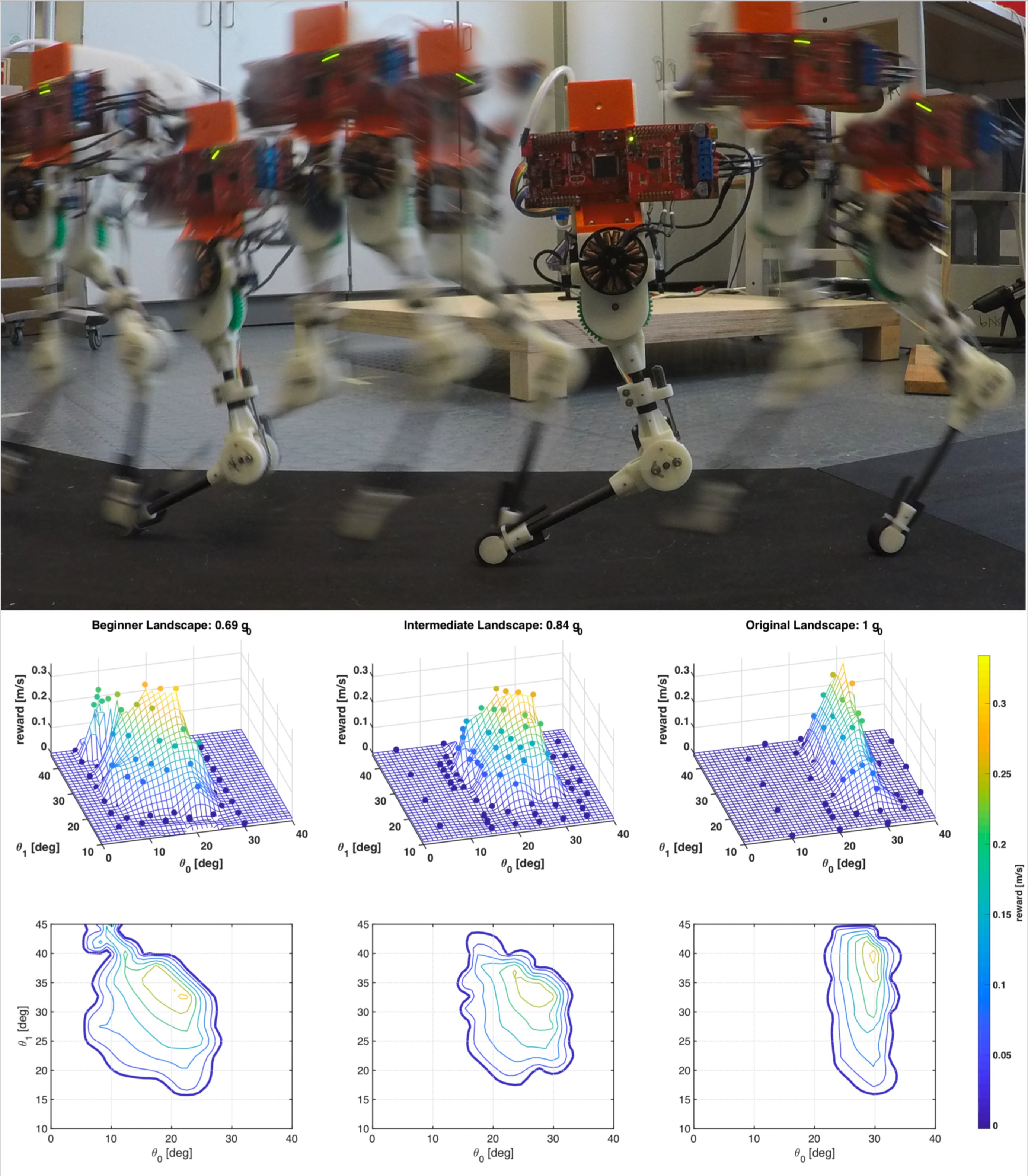 We can empirically map the true reward landscape of our monoped hopping robot, and observe the change of the landscape due to the modified effective weight of the system.

In reinforcement learning, tasks that are difficult to learn are often made more amenable by shaping the reward (cost) landscape. This is typically done by adjusting the reward signal $R$ in the Markov Decision Process, composed of $(S,A,P,R,\gamma)$, where $S$ is the state-space, $A$ is the action-space, $P$ is the probabiolity transition matrix (i.e. the system dynamics), $R$ is the reward signal and $\gamma$ is the discount factor.

We formalize and show the effectiveness of changing other parts of the MDP, in particular the dynamics $P$ and the initial state conditions $S_0$. The concept of training wheels, first formalized by [Randløv, 2001], uses instead a temporary adjustment of the system dynamics. As a practical example, we show that mechanically adjusting the weight of a hopping robot influences its reward landscape, resulting in learning that can occur more reliably and with less initial tuning [ ]. 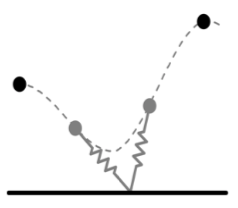 Learning from Outside the Viability Kernel: Why we Should Build Robots that can Fail with Grace

Heim, S., Sproewitz, A. Learning from Outside the Viability Kernel: Why we Should Build Robots that can Fail with Grace Proceedings of SIMPAR 2018, pages: 55-61, IEEE, 2018 IEEE International Conference on Simulation, Modeling, and Programming for Autonomous Robots (SIMPAR), May 2018 (conference) 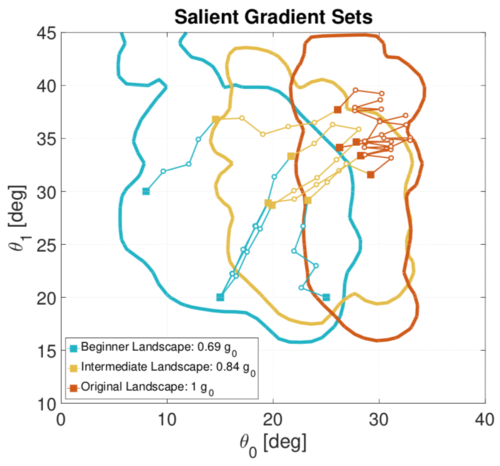 In Proceedings of the IEEE International Conference on Robotics and Automation (ICRA) 2018, pages: 5076-5081, IEEE, International Conference on Robotics and Automation, May 2018 (inproceedings)
Abstract
Learning instead of designing robot controllers can greatly reduce engineering effort required, while also emphasizing robustness. Despite considerable progress in simulation, applying learning directly in hardware is still challenging, in part due to the necessity to explore potentially unstable parameters. We explore the of concept shaping the reward landscape with training wheels; temporary modifications of the physical hardware that facilitate learning. We demonstrate the concept with a robot leg mounted on a boom learning to hop fast. This proof of concept embodies typical challenges such as instability and contact, while being simple enough to empirically map out and visualize the reward landscape. Based on our results we propose three criteria for designing effective training wheels for learning in robotics.